Here are some new star trail images taken from Big Bend National Park.  These were part of the newest time-lapse video, “Breaking Point” that I uploaded last week.  Once again, I had a lot of images to choose from that were taken to produce the time-lapse video.  I used a free program called startrails.exe to stack all the images together and did some other modifications in Photoshop to bring out more color. 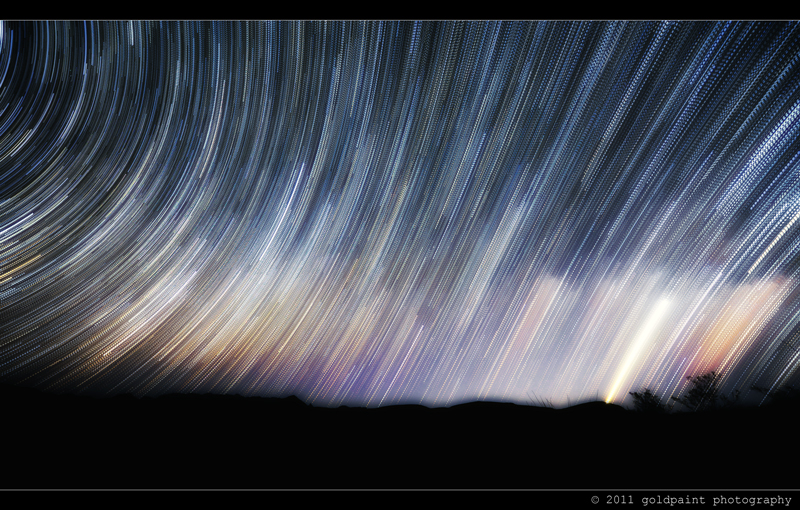 I really liked how I almost fit both poles in this image and the way that it grows from the landscape.  You will notice that there are a lot of color variations and smears near the horizon which is due to the Milky Way exploding from the horizon around 5:00am. The blueish/purpleish colors are from the sunrise that was nearing and came within the hour.

The other image was derived from a number of shots that were taken from Santa Elena Canyon.  I took these images when the moon was roughly about a 1/4 or ‘crescent stage’.  The canyon was lit just enough to bring some of the details to light of this gigantic incision within the landscape.  Again, the blur in the middle of the startrails is from the Milky Way that was passing threw at the time.  This was another set that I chose to take in the middle of the poles and I think worked well compositionally with the canyon.  It’s as if the stars were diving into the canyon walls and creating yet another, celestial showcase.

One Response to Trails of Light in the Night Sky