It has been some time since my last entry… To be honest, I can’t seem to stop shooting. For the past couple of months there has just been endless opportunities and beauty that seem to surround me without end. I’m not one to try the ‘picture a day’ or ‘picture a week’ blogs because I really do not believe in those. Since moving to Northern California, I find myself waking up with the rising sun each morning, chasing ominous clouds during the day, and capturing the suns last kiss along the horizon during the evening. 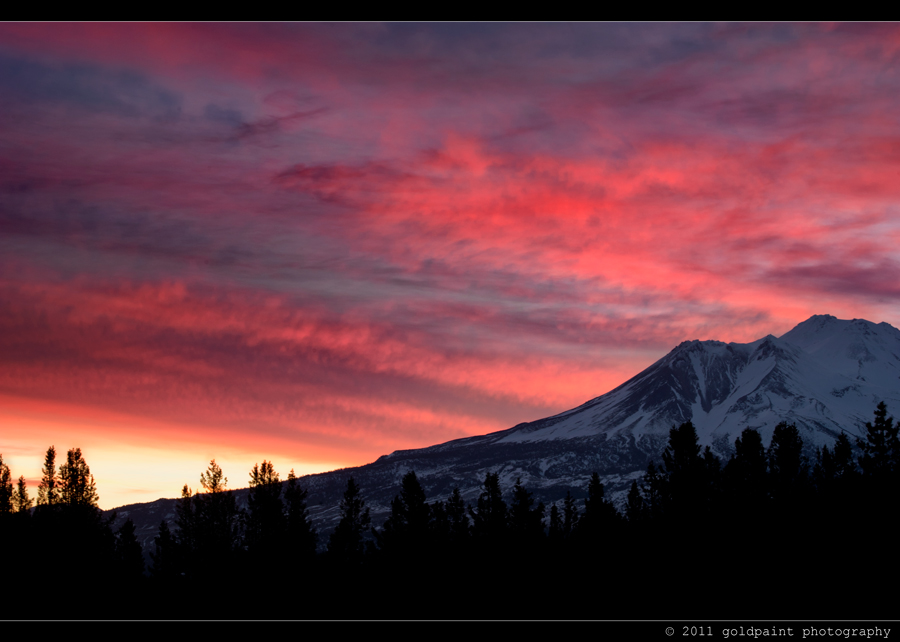 This area is much different when compared to the Southern California coast. There’s weather here in the forms of clouds, snow, thunder storms, freezing temps, rain, hail, etc… It makes a world of difference as a photographer when working in an area like this. The opportunities are endless when I’m exploring never ending mountain ranges and rays of light changing every minute. 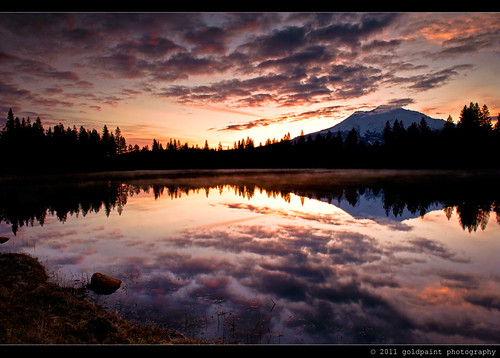 For the time being, I’m living next to a small lake that seems to be calling to me during a photographic sunrise and or sunset. Each day I wake up at 5:00am, (well, at least most mornings), make some strong coffee, and stare out the balcony window and welcome the morning rays. Usually, my camera gear is packed and ready to go to avoid scrambling around as I’m running out the door. In an area filled with mountains and high elevations, spectacular light may only last a couple of minutes so it is very important to be ready for anything, at anytime. 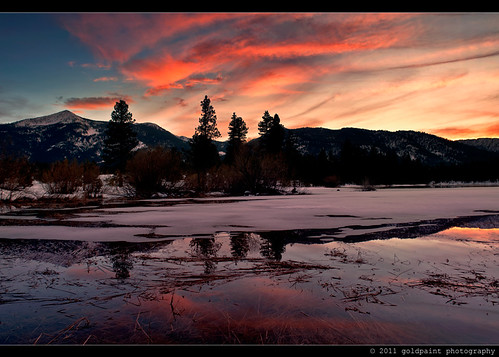 The image to the right was taken at the same lake pictured above. The sky exploded with light and bounced off the clouds, reflecting on its water and ice. Scenes like this are rare and few, but luckily I walked away with 5 images I really liked. Generally around 6:00pm, my eyes are peeled to the sky while staring out the windows of my cabin loft. I copiously look for far off clouds, openings in the sky, and then move to the next window and repeat the process. I pay close attention to what the light is doing and can usually make a decision by 6:30pm if I’m going to head out for a shoot. Even though the sunset waits until 8:00pm to show itself, I’m always catching myself rushing towards a location to shoot as if it was my last. I’m not sure why, but I always feel like I’m going to be late or miss a good opportunity, so I have the location planned in my head before getting in my car. If I leave a little earlier, I may be able to take an unplanned turn onto a dirt road and just see where the unscheduled detour takes me. 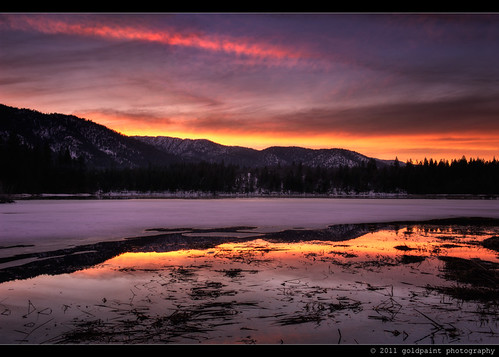 Another rule to stick to, besides aimlessly speeding around mountainous areas, is to NEVER LEAVE EARLY from a shoot! It is very difficult to predict what the clouds and sun are going to do at the end of a sunset. If you leave too early, you may miss the explosion of light before its real magic even begins. I may not have been able to capture the image to the left if I had stopped shooting when I ‘thought’ it was over. Many photographers have to learn the hard way to stay behind after the crowds dissipate. You never know what could happen and it is always better to stay behind until the clouds start to transform and bleed into the night. At the end of this particular sunset, the sky exploded with one last burst of light along the ridges of the distant mountains. 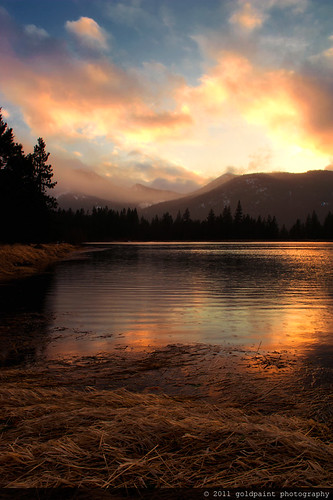 One last piece of advice I’d like to leave you with…do not leave home without an umbrella! This device has saved me and my camera many times when the weather turned ugly. There are many uses an umbrella can have when out in the middle of nowhere, so cram one into your pack when you go out for a shoot. During the shot to the right, the light was exploding on and off for roughly 15 minutes with scattered showers coming and going. If I didn’t have my umbrella with me, I would not have been able to capture this shot. If you look closely at the water in the foreground, you can see the ripples from droplets hitting the surface. I’ve been snowed on, rained on, and even hailed on during the past month. Without my umbrella, I probably would have left the area without getting a single shot. I own what is called the ‘GoLite Chrome Dome.’ It’s an ultralight backpacking umbrella that also reflects UV rays. When I was hiking through the desert along the PCT, it became my personal shade device and I was thankful I brought it.  Seriously, go out and get one of these and thank me later. 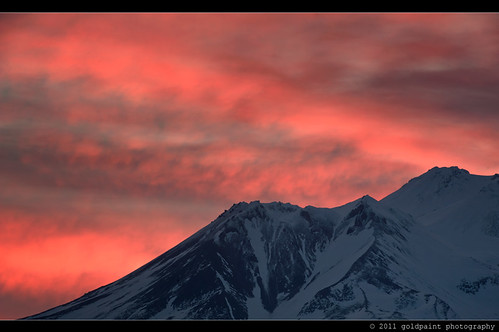 In other news, I’m very happy to announce my images have made it to the front page of the ‘Explore’ section on Flickr. More than 7 million photos are uploaded to the online video and imaging website each day. The best and most popular 500 photos are selected and featured in the Explore section. Reaching the front pages of Explore is a high honor because only 10-15 of the featured photos are displayed daily. My work has recently been featured several times in Explore and on its front pages, allowing my work to be publicly displayed worldwide.