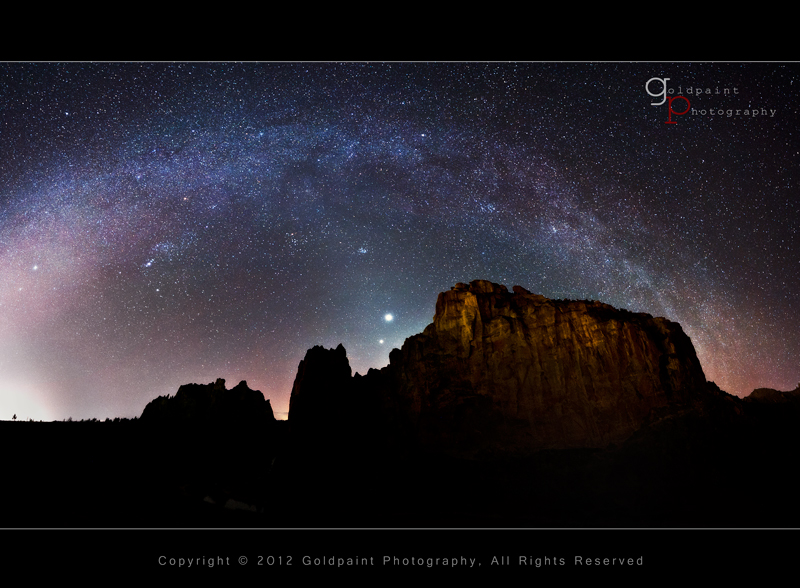 During February 2012, I visited Smith Rock State Park in Central Oregon. Of the many ‘scouting trips’ I’ve taken locally in Central Oregon, this particular site was quite memorable. I walked along the dark trail and discovered a perfect composition for the upcoming alignment of Jupiter and Venus. On March 18th, 2012, I returned to Smith Rock and captured the yearly conjunction of Jupiter and Venus. A conjunction is defined in astronomy as two celestial bodies appearing near one another in the night sky, and this month marked one of the best opportunities to view this phenomenon. The alignment of the conjunction with Smith Rock worked perfectly as I was fortunate enough to include the Milky Way arcing above. Discover Magazine’s Bad Astronomer, Phil Plait, was kind enough to feature my image, “Shared Alignment” on his blog (see HERE). In addition, I received emails from other astronomy enthusiasts indicating I also captured what is called, “zodiacal light.” 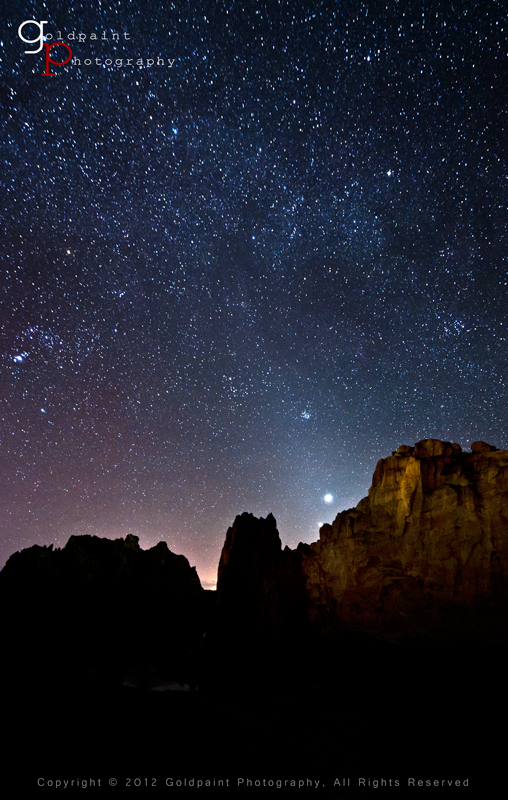 Zodiacal light is a faint, roughly triangular, diffuse white glow seen in the night sky that appears to extend up from the vicinity of the Sun along the ecliptic or zodiac. It is best seen just after sunset and before sunrise in spring and autumn when the zodiac is at a steep angle to the horizon. Caused by sunlight scattered by space dust in the zodiacal cloud, it is so faint that either moonlight or light pollution renders it invisible. The zodiacal light decreases in intensity with distance from the Sun, but on very dark nights it has been observed in a band completely around the ecliptic. In fact, the zodiacal light covers the entire sky, being responsible for major parts of the total skylight on a moonless night. The dust forms a thick pancake-shaped cloud in the Solar System, collectively known as the zodiacal cloud, which occupies the same plane as the ecliptic.

I’ve outlined a closeup image of the zodiacal light in the image below so you can see what I’m referring to. It is faint, but definitely obvious. All in all, I experienced an incredible night of shooting and feel very fortunate to have had a break in the weather, just long enough to enjoy the galactic show. 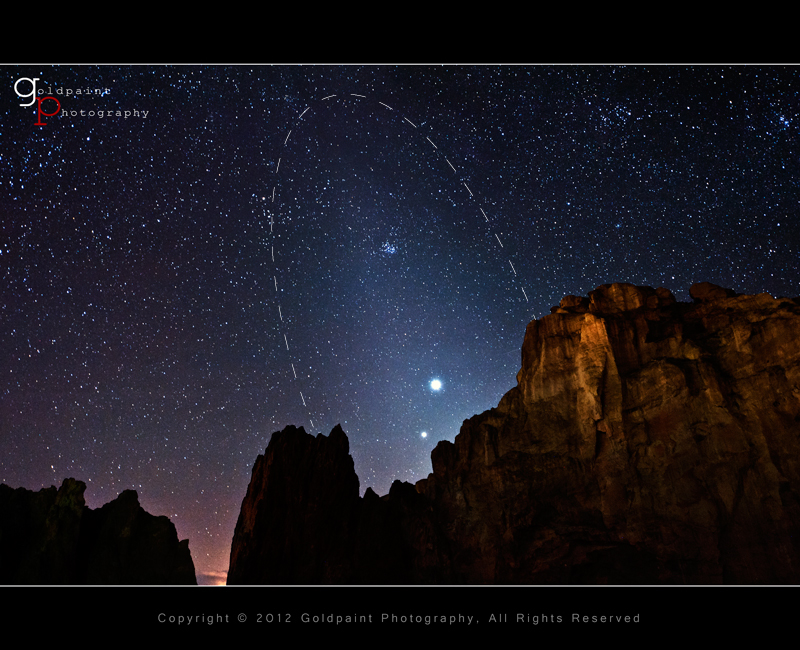 7 Responses to In Conjunction with…