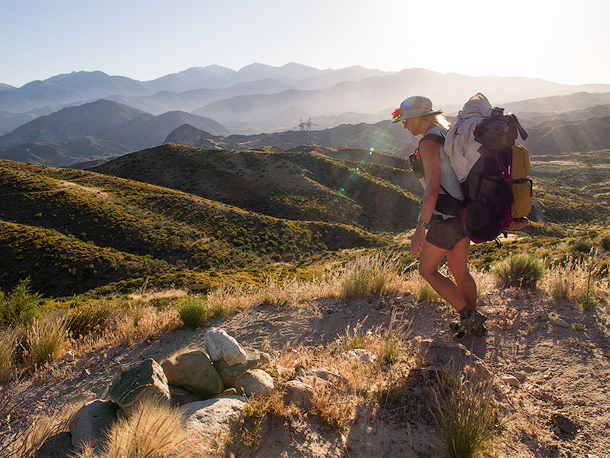 We spent a lot of time saving and planning. We tried to make a Plan B for what to do if the main plan went wrong. But what if you did everything under your power to achieve success and then go down swinging anyway?

I can accept failure. Everyone fails at something. But I can’t accept not trying. -Michael Jordan

Anxious thoughts were swirling around in my head as Brad and I sat in an air conditioned vehicle struggling uphill towards Walker Pass, just south of Yosemite’s Kennedy Meadows and our next re-supply. You take the bitter with the sweet; every rose has its thorn; failure is not an option! However, when battling nature, we often miss out on half the story. The result? Most of us focus on what was lost, rather than accepting what is…

During our 6-hour drive from the Yosemite basin, temperatures hovered just below a staggering 100 degrees and a growing concern began gnawing at me.  These are dangerous conditions to carry overloaded packs full of food and extra water and under my breath I whispered, “Am I prepared for this?” It was during the most sweltering part of the day when we arrived at the trailhead and met several weary hikers trying to shade themselves from the scorching sun. Eager for conversation, they shared chilling stories of recent rattlesnake encounters, food poisoning, falling on cacti, and reoccurring bouts of Giardia (a bacteria in the intestinal tract causing severe diarrhea). Our clothes were already lined with salty sweat as we lazily waited for the waves of heat to taper off before heading out at around 6pm. We labored well into the night, marching over scorpion infested trails, yet thankful for the cool reprieve that darkness provided before finding a flat, sandy, ridgeline area to pitch our tent. Exhausted, we grappled with our gear and tent in heavy winds before falling into our make shift dwelling. While I was fighting to make up our sleeping quarters, I was stung through the tent floor by a swollen creepy crawly creature that looked like a cross between a fat juicy cricket and a scorpion. Over exhaustion, sore muscles and heavy winds made for a fitful night’s sleep.

Just after sunup and during the coolest part of our day, we set out in hopes of reaching a water source 7 miles away. In this part of the state, anything seasonal had long since dried up and our supply was getting low. We gratefully reached Joshua Tree Spring, a steep half mile trek off the trail and from what we heard, a popular hangout for local bears. What we found was a fly and mosquito infested cow trough with signs posted stating that the water was contaminated and to be sure and treat it before consuming. Yummy! Patience was the virtue of the day as we held our bone dry water pouches for over an hour, under a rusty lead pipe that was literally granting out scant sums of desert gold…one measly, slimy drop at a time. Most weary hikers found a piece of shade and waited out the heat of the day that was already climbing to triple digits. Exhausted and still feeling dehydrated, we reluctantly got back onto the hot dusty trail around 5pm. As the evening wore on, my muscles simply refused to fire and I started to get that uneasy feeling in the pit of my stomach. I know the signs of heat exhaustion and each creeping symptom started making its appearance. My thought processes became garbled, legs shut down, strange hallucinations of barn animals in black silhouettes flashed by, and then uncontrollable sobbing stopped me in my tracks. For the first time on the PCT, I experienced a real fear that my physical safety had become compromised. Sensing the urgency, Brad sat me down and we discussed our bailout options. If we attempt to push forward, we march deeper into wilderness where there was little hope of maneuvering a way out. If we turned back now, we could bushwhack off the trail, down to a main road to try and hitch a ride into the nearest town. Brad also admitted that he was experiencing severe back pain and figured it was due to dehydration. Unfortunately, this became a moment in the journey where our focus changed from a passionate desire to hike the trail to what could potentially become a dangerous situation. Heartbroken, we sadly turned around and painstakingly backtracked to a campsite near our planned escape route the next morning. Montra of the day: we’re crazy, not stupid. Feeling defeated and broken, we tried to console each other and rest, but our muscles spasms and soreness made for another fitful desert night.

Early the next morning, before the sun rose above the granite peaks and the cool shadows slowly disappeared, we left our beloved trail before the sweltering heat closed us back in. We started the arduous process of bushwhacking down to 178 and hopefully a ride to the nearest town of Inyokern. For two hours, we maneuvered around fresh piles of steaming bear scat and cautiously through established bear dens. Suddenly, a black bear appeared in front of us and we both froze. He had not seen or smelled us yet and was busily foraging for food. Calmly and with no sudden moves, Brad clearly said, “Hey bear” and the big hairy fir ball quickly turned and ran up the hill. Usually this is a thrilling experience for me, but today, I wasn’t feeling myself and did not need another surprise. We bolted up to open ground and made our way to a well-traveled road. The barometer was rising rapidly and sapping what little strength I had left in me as we made our way across the lined blacktop to hitch. Unearthly trail angels were watching out for us because in less than 5 minutes, a very nice couple in a pickup truck stopped, let us climb into the back of their bed, and drove us to the nearest town to recover and figure out our next move.

At first, we weren’t quite sure whether to feel angry, or impatiently wish we could hurry up and get over it. Remember when we were children? We were allowed to have tantrums, cry and scream-or laugh until it all came out and then we were ready to genuinely move on. It turned out that Brad actually damaged some nerves in his back, and if we had not made the decision to leave the trail because of my heat exhaustion, things could have turned catastrophic. Luck? I don’t think so. In the same way that Brad can be at the right place at precisely the right time to capture that perfect shot, genuinely experiencing an emotion, no matter how painful or glorious, is one of the beauties of life. Don’t shy away from these moments. Be present in them. 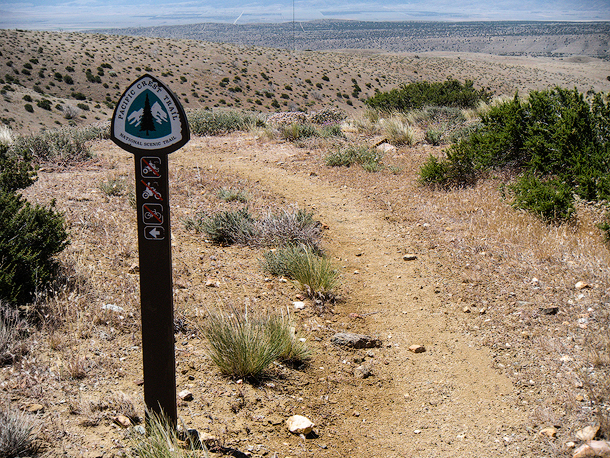 So off the trail we went to treat his condition and allow ourselves time to gain some perspective. We realized that giving ourselves the time and space to just “be”, meaning that we allow ourselves to feel all the sadness from the loss of something that could have been, to focusing in gratitude of what is happening in the present. I know Brad’s heart; at first he felt guilty that his injury would take me away from my dream of finishing the PCT. It was okay that he felt that way and he needed to experience that disappointment without trying to fix it. I needed to let go of what was completely out of my control and that realization gave me the opportunity to gain a broader perspective than my own view. We can choose to be driven by what happens to us, or we can choose to live in line with what we know in our hearts. Both of us believe we are better together as a team than we are apart. Ultimately, I think this lesson crossed over to our philosophy about our business. Knowing your heart and your values gives you freedom of choice to live life on your own terms. We love what we do and we are driven to pass that passion onto our workshop students and in the imagery we share.

Our bodies will recover…and the trail will still be there. Our 2016 Night Sky Photography Workshops are filling up and we couldn’t feel luckier to be right where we want to be… together, in the trees, and preparing to fulfill our participant’s dreams of capturing the beauty of the night sky through mentoring, our educational programs, and workshops. See you next year under the stars!