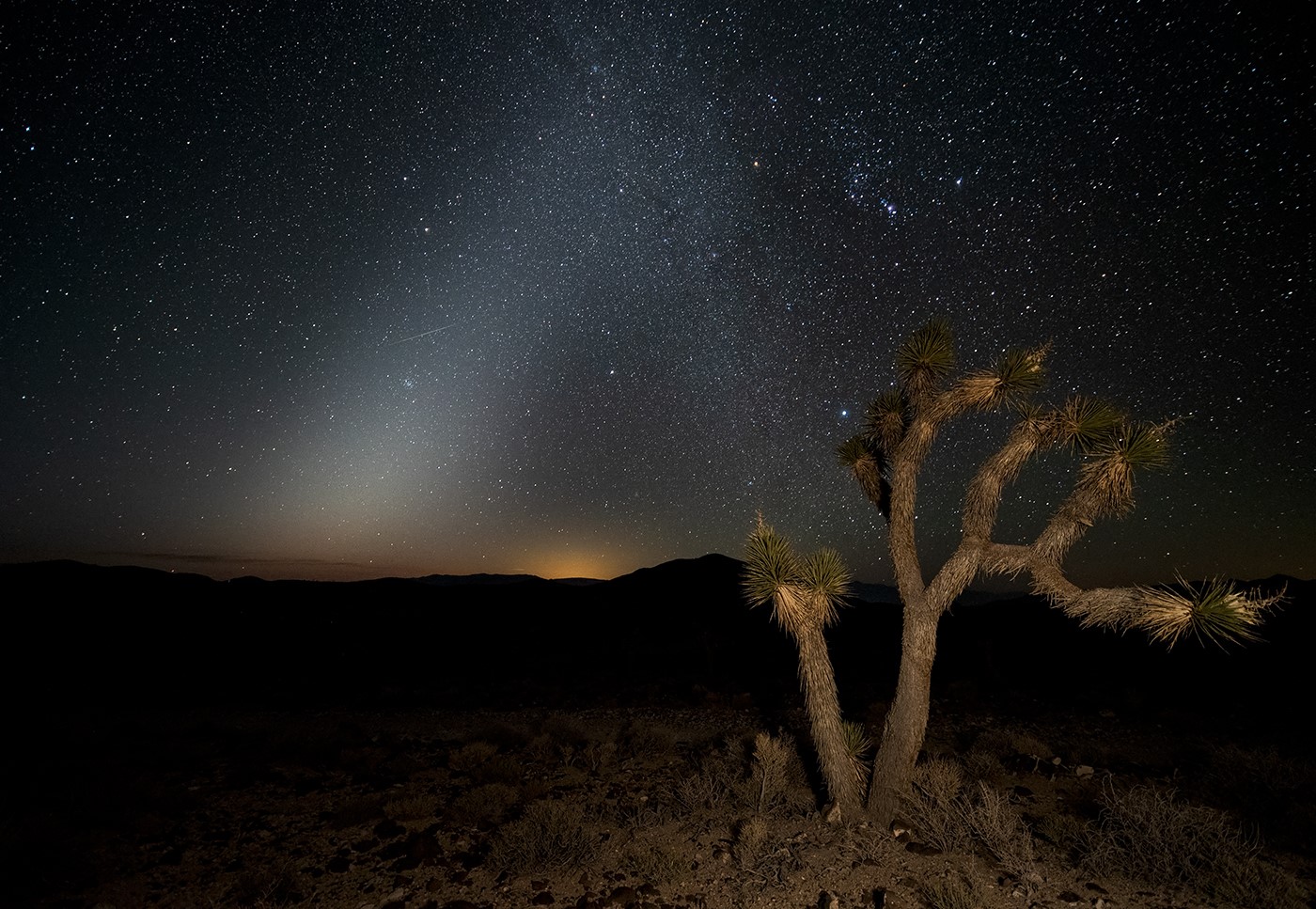 This image isn’t as beautiful as some of the great Milky Way astroscapes, but it’s my favourite because of the circumstances I was able to capture it.  It was taken around 5:00 in the morning in early September in the Joshua Tree forest in the west end of Death Valley National Park.  My original plan was to be in the mountains of Alberta at this time, but I made a last minute change of plans due to unseasonably early snow on the prairies.  I hadn’t expected to be out this late, but a flat tire and the lack of a spare in my rental car forced me to spend the night under the dark, warm skies.

This was the clearest and brightest Zodiacal light I have seen, intersecting with the faint light of the winter Milky Way.  There is an ugly yellow glow on the horizon from Las Vegas, NV but otherwise this was a beautiful and very dark sky.  An unplanned and unexpected all-nighter, but serendipitous nonetheless.

See more of Jonathan’s work by following him on Instagram: @ginan_tonix