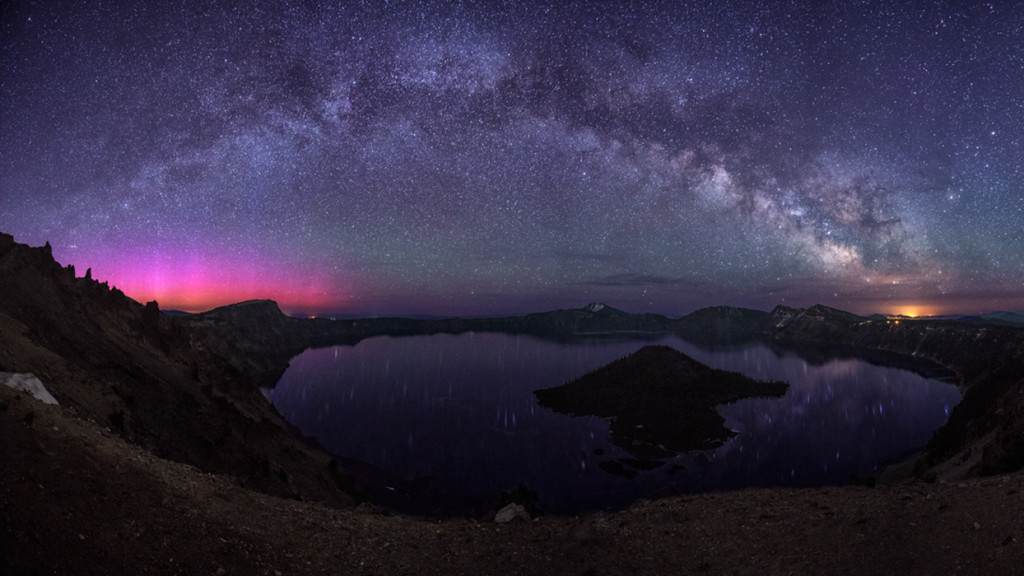 I visited Crater Lake National Park for the first time in 2012. In the visitor center, a photo of the Milky Way arcing across the sky over Crater Lake was on display, and for sale in a number of different sizes and products. At that moment, I decided it was going to be a goal of mine to capture an image like that on my own, some day (or night). In 2014, I attended two of Brad’s workshops – the firs…t one in Arches NP, and the second one at Crater Lake and Central Oregon. The weather at the Crater Lake workshop prevented me from getting the image I sought. I returned to Crater Lake in June, 2015 for another try. Fortunately, a couple of the nights I was there, the skies were clear, and I was able to use the techniques I learned in Brad’s workshops to achieve my goal of the Milky Way arcing across the sky above Crater Lake as a panorama. To my astonishment, an aurora was also taking place along the northern horizon at the same time, making this an extra special image for me.

See more of Keith’s work by visiting his website.