Flash Encounter
Isolated high atop a lake basin, crystal clear snowmelt reflected a starry sky overhead. A sudden flash from the heavens bathed the darkness with blue green radiance and abruptly illuminated the past.

Recently, I spent 6 days backpacking up and over massive peaks within California’s Sierra Nevada mountains. My trip was planned around the Waxing Gibbous phase of the moon to take advantage of moonlit, mountainous and alpine landscapes at high altitudes. From ~12,000-foot elevations, the stars glistened vividly, colorful, and radiant. Challenging daily thunderstorms seemed to follow me around every corner however, I was rewarded each cool night with a few moments of clear skies.

During the third night of the trip, I prepared a time-lapse to capture the moonset, followed by the Milky Way positioning itself behind a 12,700-foot mountain peak in the distance. In a rare stroke of luck, my camera captured an unmistakably massive meteor ‘Fireball’ entering our atmosphere. I thought the most impressive part of the image above was just how brilliant the meteor was. The explosion was so bright it briefly illuminated the entire landscape so I estimated it was -10 magnitude.

“As a meteoroid (the actual solid chunk of material) blasts through the air, it ionizes the gases, stripping electrons from their parent atoms. As the electrons slowly recombine with the atoms, they emit light — this is how neon signs glow, as well as giant star-forming nebulae in space. The upper-level winds blowing that high (upwards of 100 km/60 miles) create the twisting, fantastic shapes in the train.” 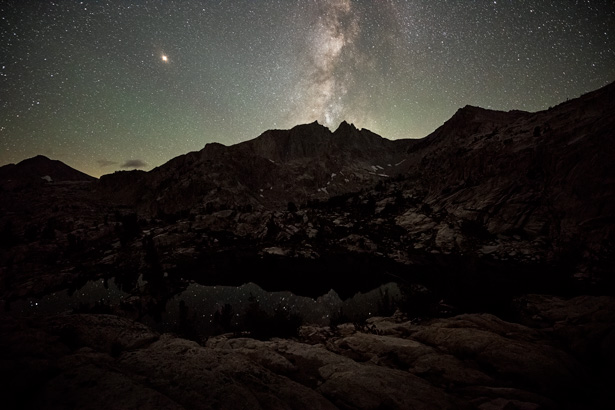 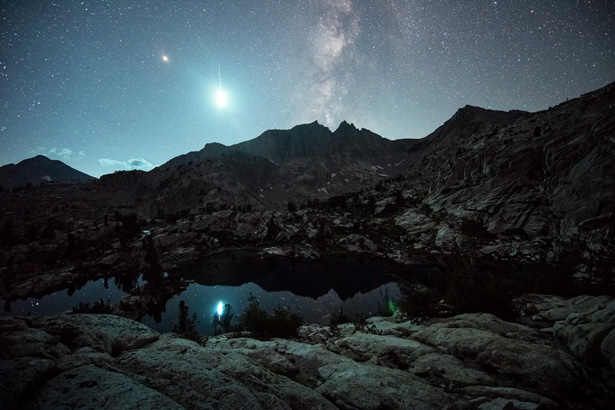 The illustration above shows a comparison of the scene before and during the fireball.

Time-lapse Video View the persistent train in the time-lapse below.