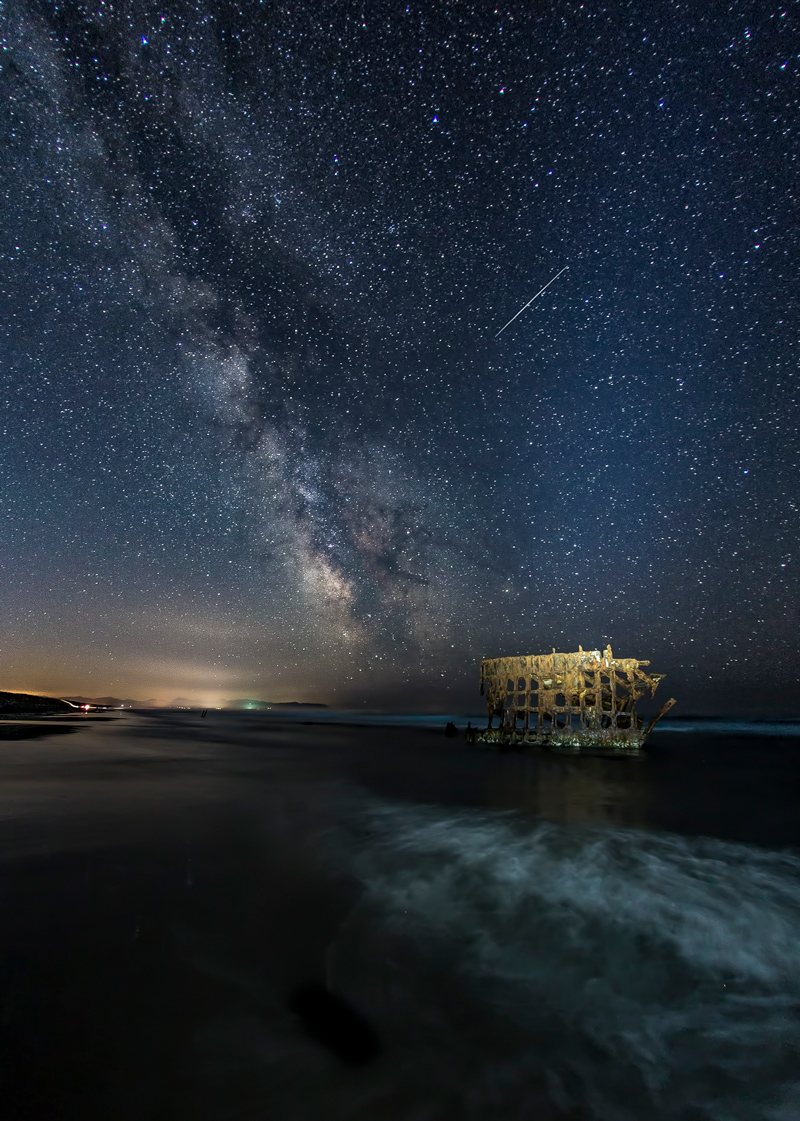 This is probably my favorite night image from this year because it is one that I planned out, waited for, and then made the photo that was in my mind.  I had never been to this location before but I knew the wreck existed, having seen pictures of it during the day time.  There are probably images out there of this wreck at night but I have never seen one and I wanted to make one.  Fortunately, I was in the area for a while because it took 3 weeks before I had a night without extensive cloud coverage.  I got lucky being photo bombed by a meteor, but I’ll take it.

See more of Brent’s work by visiting his website.