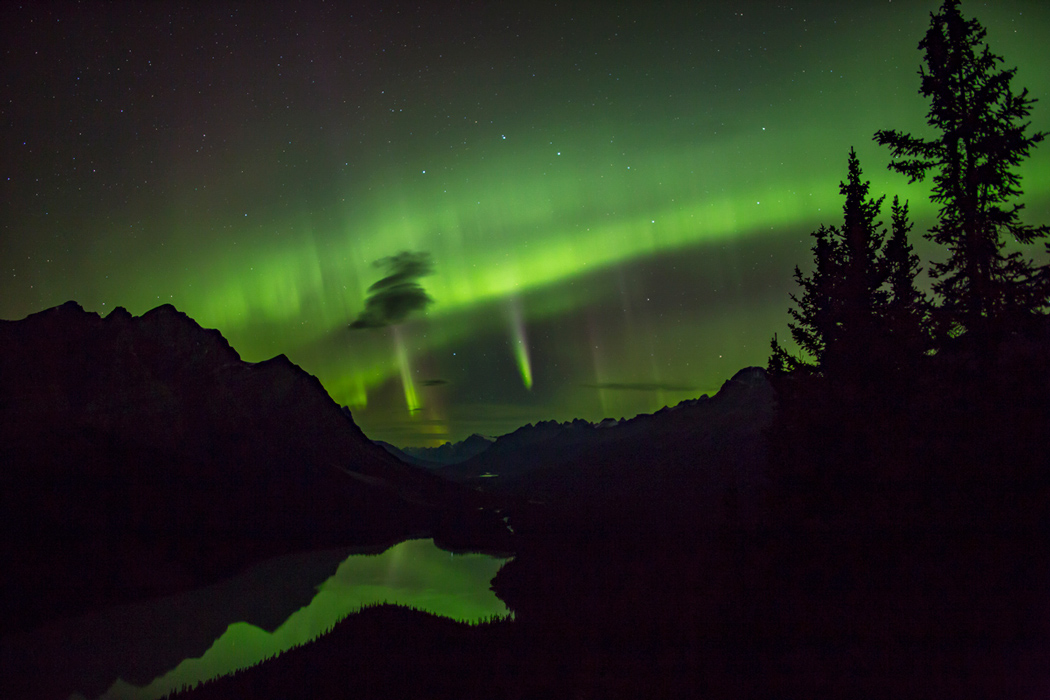 My favorite photo of 2015 was taken in late August on the Icefield’s parkway just north of Banff, Canada. It was just after midnight and I had planned a shot using the Star Walk app to frame the Milky Way directly over the Bow Glacier after the moon had set. While waiting for the milky way to move over the glacier where it spilled into the lake. There were two other photographers there doing the same thing. I was taking some shots and noticed that the glacier had taken on a greenish color as I was reviewing images. I turned around and a strong aurora was visible above the trees. Having been to Peyto Lake which was a few miles up the road earlier in the day, I knew that the overlook would be a great vista to shoot from so the three of us drove back up the road and I captured quite a few images of the aurora over the lake as well as some nice time lapse footage. I was fortunate to be there on that night since it had been cloudy for a few weeks and seeing a strong aurora there is not common but that night there was a solar storm and the KP index hit 6. It was also the first time that one of the people that I had met had ever seen the aurora.