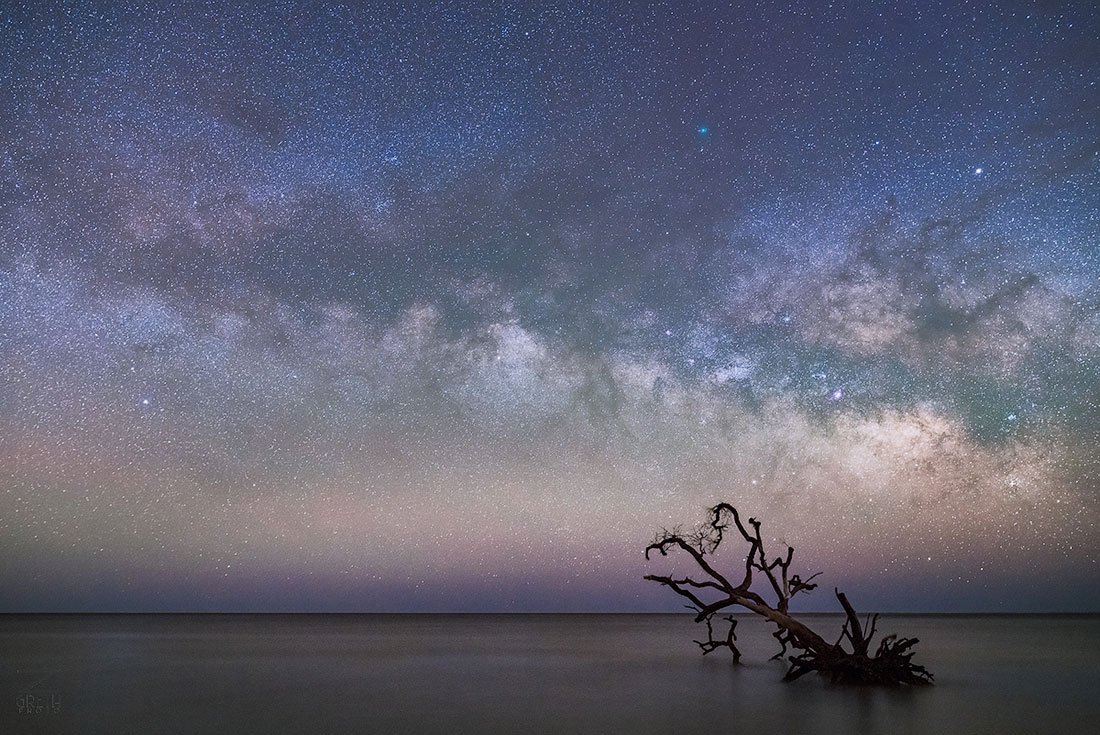 From Hunting Island State Park in southeastern South Carolina, I shot this during the first week of April.  I had been to Hunting Island once previously a few years ago, but hadn’t been back despite it being only about an hour away and having possibly the darkest skies in the southeast. I had just upgraded equipment and wanted to see what it was capable of, so I spent the early morning hours fumbling around until the early spring Milky Way finally appeared.  Out of the many images that I shot this year, this is probably my favorite.  The amount of detail and stars I was able to capture after upgrading to the Sony a7RII and Zeiss Otus 28mm is unreal.  I’m not one to brag about equipment, but there was a certain look I’ve been wanting to try and achieve, and I think this night confirmed it.  Oh yeah, there is a comet in the upper middle of the frame too, very cool.

See more of Zach’s work by visiting his website.